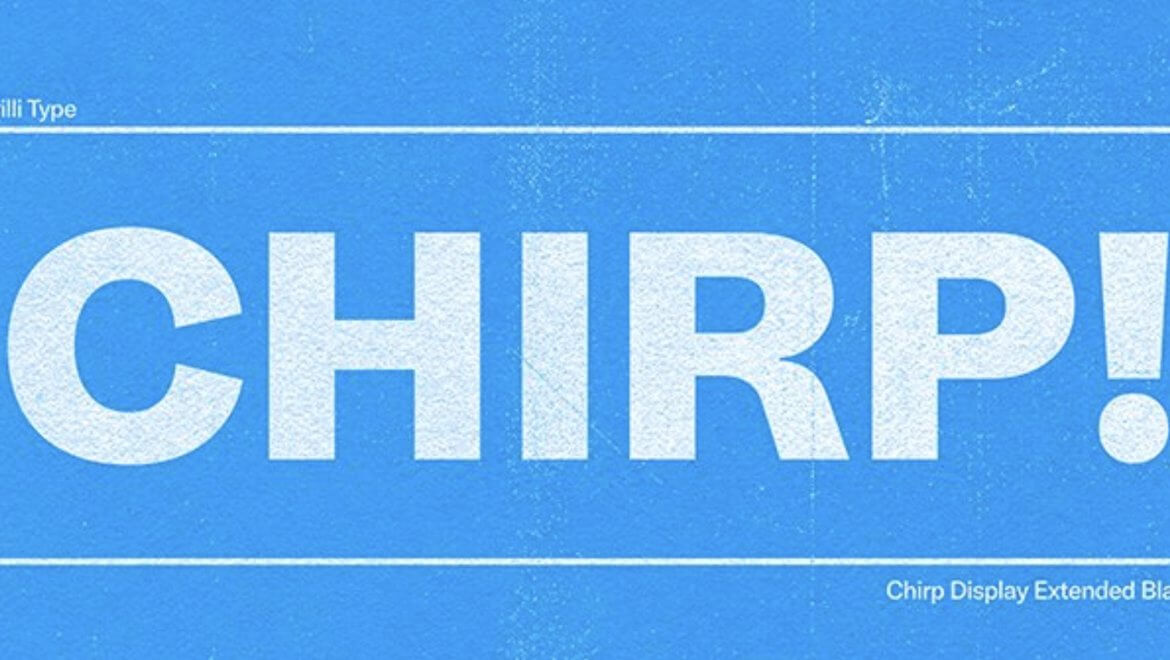 Following a powerful new trend, Twitter created its own font. They name it Chirp and it looks like this.

“I want to give a bit more depth to Chirp, our new typeface. Type, in 280 character doses, is the foundation of Twitter. In the history of the company we’ve either relied on someone else’s typeface, from SF Pro and Roboto, to Helvetica Neue in our brand.”

Twitter team says: “We worked with @grillitype in Switzerland to develop Chirp, our first-ever proprietary typeface. Chirp strikes the balance between messy and sharp to amplify the fun and irreverence of a Tweet, but can also carry the weight of seriousness when needed.

To get there we blended American Gothic and European Grotesque styles, adding specific handmade quirks of early woodcut specimens. This gives us a versatile and contemporary family with international sensibilities.

We’re in the process of extending Chirp to languages beyond the Latin alphabet.

Finally, the core of our product isn’t changing, we’re just changing how we show up.

We feel this work is the truest form and reflection of who we are as a company and what our service represents. We are being Twitter.

Twitter is what’s happening and what people are talking about right now.”

Companies That Use Their Own Fonts

To name some of the companies that are using their own developed fonts, I can mention Apple, Google, Nokia, BBC, Netflix, Samsung, USA Today, and YouTube. There are many others.

Twitter and many other companies decided to create their own fonts. This step is extremely important for their marketing strategy, a unique font will offer each company more uniqueness.

Why didn’t they do it years ago? The cost to launch a font is not so high for such a powerful company.

How Much Costs to Launch A Professional Font?

Even small companies can afford to launch a new typeface, if they choose to work with smaller type foundries or freelancers. And the results can be remarkable.

The cost to launch a new typeface would include the design, the language support and family size (Weights and Widths). From my estimations, for a typeface of 4 styles, a top type foundry like Hoefler &Co, could charge between $75,000 and $110,000.

“Every year our marketing team takes a step back from our brand, creative work, public expression and activations. We look in the mirror and ask ourselves if what we see creatively, reflects what Twitter is”, tweeted the platform’s Chief Marketing Officer, Leslie Berland.

The Chirp typeface was created in collaboration with Grilli Type Foundry and it incorporates American Gothic and European Grotesque styles.

As Twitter says, they hope that Chirp will strike a “balance between messy and sharp to amplify the fun and irreverence of a Tweet, but […] also carry the weight of seriousness when needed”.

Who is Grilli Type?

Noël Leu and Thierry Blancpain founded Grilli Type back in 2009.

. The foundry is based in Lucerne, Grilli works with customers from all over the world.

Thierry is now based in New York and Noël travel a lot between North America, Europe, and East Asia.

There are 6 colleagues working for this studio, working from different locations.

Twitter created its own font and it looks very nice, I personally like it. The public also received Chirp! extremely well.

Congrats to both Twitter and Grilli Type foundry for creating such a beautiful new typeface.

I bet that in 2021, many other companies, including small businesses, will choose to develop their own fonts and typefaces.

How to install fonts on Windows 10, Windows 8, Windows 7, Windows Vista, and even Windows XP 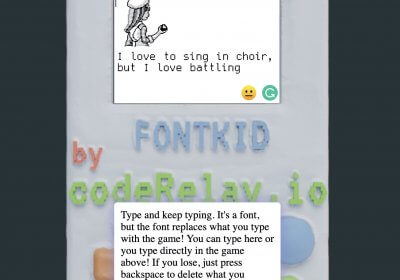 A Complete Video Game Inside A Font